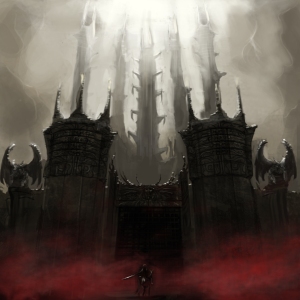 “The weapons we fight with are not the weapons of the world. On the contrary, they have divine power to demolish strongholds. We demolish arguments and every pretension that sets itself up against the knowledge of God, and we take captive every thought to make it obedient to Christ.” – 2 Corinthians 10:4-5

Anyone who claims that a Christian life must be timid, passive, and overly tolerant is a liar, according to this verse. It is true that if we are personally laughed at or insulted, Christ commands us to “turn the other cheek” (Matthew 5:39). But we are called to DEMOLISH the arguments of those who attack Christianity and our knowledge of our Savior. I don’t know of anyone who thinks “demolishing” is a passive action. According to the dictionary, “demolish” means: to destroy, to forcefully tear down or take apart, to damage so that [it] cannot be repaired, to strip of any pretense of merit or credit. The divinely powerful weapons we have been given are made for offense, not for sitting on.

In Matthew 16:18, Jesus tells Peter, “…and the gates of Hades will not overcome it [the church].”  Many Christians misunderstand this verse to think that the gates of Hell are attacking the church, that we are defenders hiding in a fort as hordes of enemies attack and overwhelm us from all sides. Let me ask you a question, though: have you ever seen a pair of gates attacking a city? I trust not. Gates are built for defense against an attacking force. If you read this verse carefully, it becomes clear that, rather than Satan and his forces attacking the church, the CHURCH should be ATTACKING the gates of Hell! That doesn’t sound very passive to me. We are called to take the battle to them!

What more does Jesus promise? That those gates of Hell will not be able to withstand us, if we make every thought obedient to Christ. Even those words, “…take captive every thought…”  imply “violence.” It is no easy task to put to death our flesh, with all its earthly desires and thoughts. It requires a dying to ourselves, a daily taking up of our crosses. Yet, if we make Him preeminent in our lives and unite as one Body, the Church, married to our Head, Christ, we will prevail. That’s a promise that gives us hope and not despair. Live your life with your head up, and don’t let Satan trick you into thinking he’s got the upper hand! He was defeated on the cross, and he will be defeated again; it’s good to remind him of it once in a while.